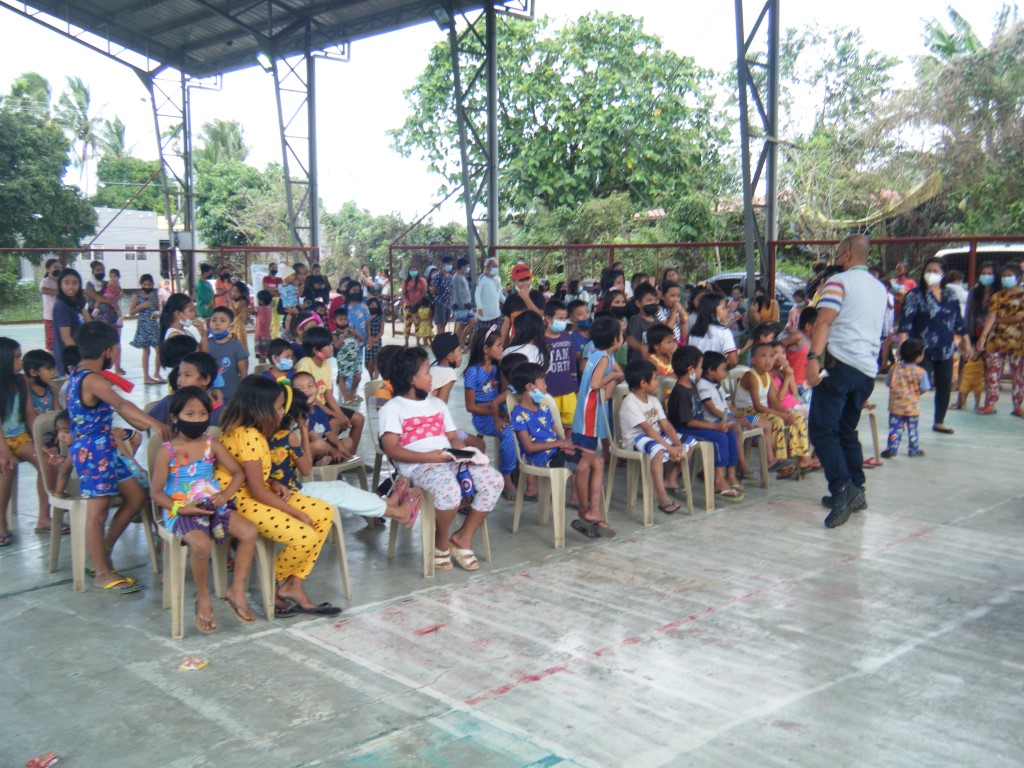 In addition, two (2) large Balikbayan boxes filled with good quality used clothing donated by AWH ‘s Japanese guests before the pandemic were also distributed to Barangay Kaysuyo and Barangay Pajo to the most in need.

We herewith gratefully acknowledge the support of our funding member Dr. Miki Kanaji, who personally donated P60,000 for the events.

There were more than 332 indigent families registered in the master lists of the 4 barangays that attended the 2-days event. More than 637 bags of rice and assorted canned products (corned beef, pork meatloaf, beef meatloaf, sausage and tuna) were distributed to the indigent families.

Each family with more than 8 children received as much as 6 bags of rice. They said rice is an important food supply to have in the house even without the canned goods. Rice is the primary staple food in the Philippines.

In addition there were 4 minors under the “Children In Conflict with the Law” (CICL) program who also received sacks of rice and assorted canned goods. These minors are under the custody of the Department of Social Welfare and Development (DSWD), and with our assistance, are looking to better themselves.

Indigent communities in “Squatter camps” such as Usting 1, Usting 2, C-5 in Barangay Luksuhin Ibaba and Camp Hope in Barangay Sicat are supported by RIMM and AWH not only during the yearly Christmas giving activities but also year-round. The young children of the 4 camps again joyfully participated in several children Christmas party games hosted by Honorary RIMM Member Jun Baurile who distributed P20 bills along with stuffed toys donated by past president Betty Vicedo of RIMM. Their parents mainly sell “balot” (a steamed fertilized duck egg and “taho” (a classic sweet snack in the Philippines made with silken tofu, sago or tapioca pearls, and a simple brown sugar syrup) as their primary source of income. The families of these 4 camps migrated from the Samar province in the Visayas to look for better opportunities for their families.