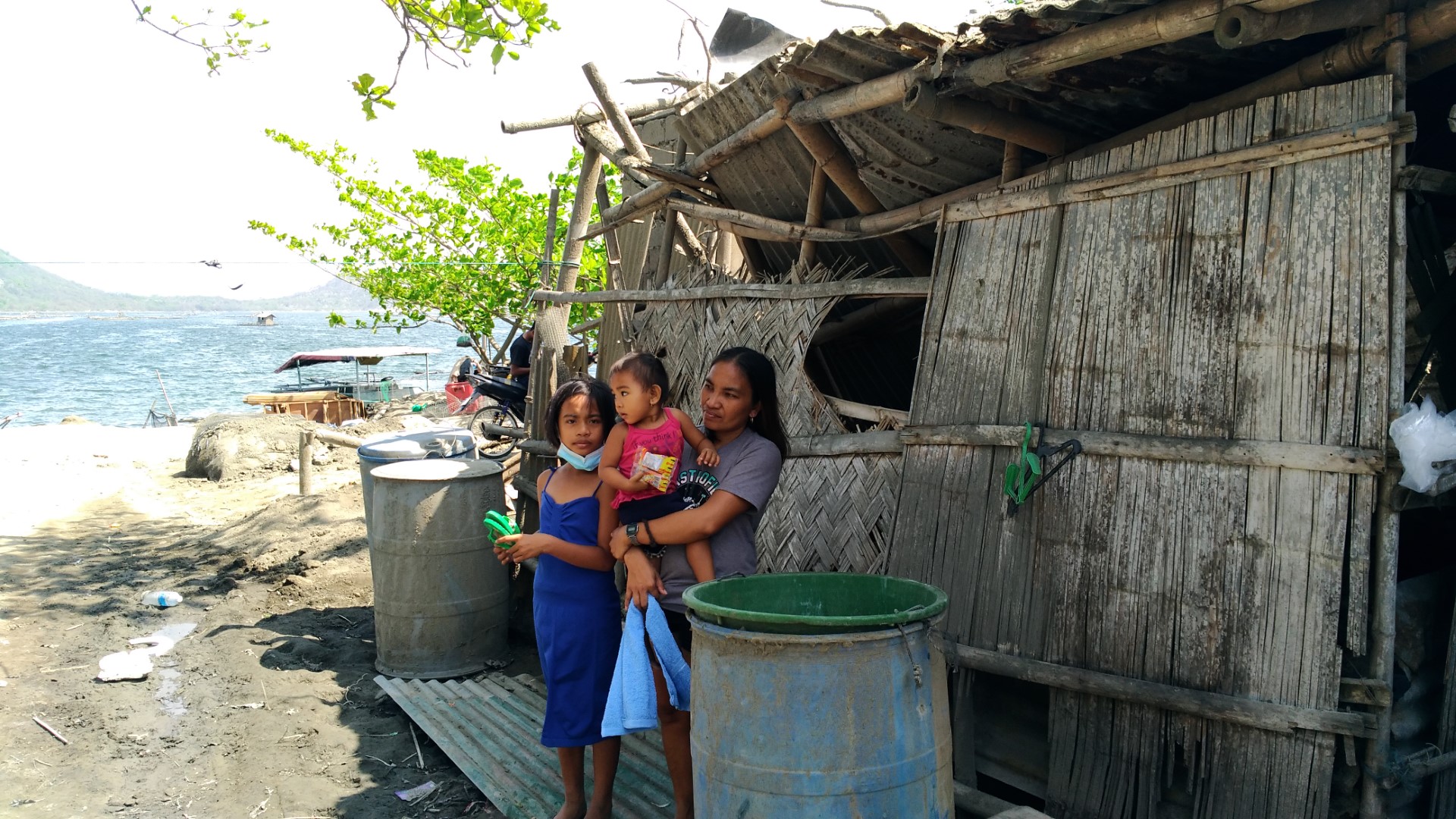 On January 26, 2020, as the alert level for a volcanic eruption was lowered from 4 to 3, many evacuees went home except for residents within a 7km radius from the volcano wherever areas had been heavily damaged.

As of February 1, 2020, approximately 1,700 individuals (357 families) from the affected Laurel areas were relocated from the upland evacuation sites to three evacuation centers in Laurel, Batangas. AWH staff along with DSWD (Department of Social Welfare Development) Alfonso staff visited the main evacuation center in Laurel and discussed with Mayor Joan Amo long-term assistance needed by evacuees who can not return home.

Initially AWH thought of raising funds for the purchase of farm land for those who permanently lost homes near the lake. However, the mayor cautioned that fishermen are attached to the lake and their fishery livelihood and would return there even if not permitted.

According to the statistics presented by the mayor’s office of Laurel, about 110 houses were totally destroyed from heavy, wet ash fall. Mayor Joan stated that the municipality plans to purchase land just at the outskirt of the Tall Lake easement and provide more ash/storm resistant houses each of which would cost P50,000 to P60,000. AWH will try to assist as much as possible with helping to provide such affordable housing.

Our team then proceeded to the fishermen’s village in heavily damaged barangay Buso Buso, Laurel that is located across the lake from and within 7 miles of Volcano Island. Here the team, in cooperation with DSWD, distributed food, water, mosquito nets, etc. Volcano island itself was blanketed with a thick layer of ash that had destroyed virtually all houses and boats of its over 1,000 residents. They all had escaped from the island safely, being forwarned by an earthquake a few hours before the actual wet ash eruption.