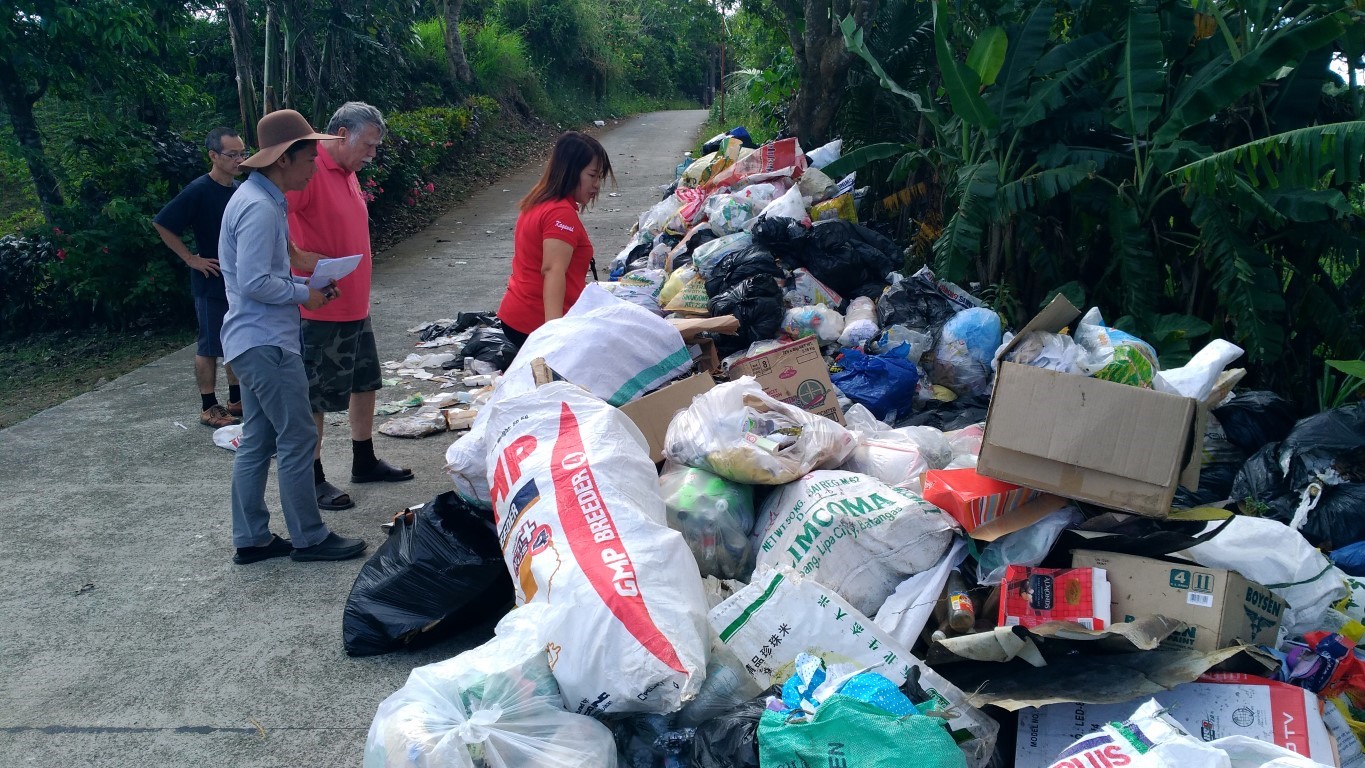 Many barangays (local communities/villages) do not comply with laws pertaining to separation/recycling of garbage and not polluting nearby waterways and groundwater with dumped garbage. AWH officials who are mostly members of Rotary Club of Multinational Manila (RIMM) therefore had met with local and City Health official in their community and had proposed a bi-weekly curb-side residual waste pickup brought to a roadside collection site designated by the community for monthly pick-up by the City’s dump truck. Project start-up, first year and creek clean-up financial assistance would be provided by RIMM in addition to the money collected from 12 commercial facilities including AWH.

However, the project started on the wrong foot with the residual waste collectors picking up all garbage despite the strict order of only picking up residual waste after the garbage had been separated by residents. The wrongly collected garbage immediately caused health concerns as it accumulated along the road designed for residual waste pickup only. AWH, RIMM members and local officials immediately made the garbage pickup rounds with garbage collectors to further educate the public and to assure that only residual waste was picked up. AWH and RIMM donated to build a roofed and dog-proof MRF (Material Recovery Facility) collection site for the temporary storage of residual waste because of public health and safety concerns.

This season (2017-18) subsequently to January group, AWH had March healing schedule open for everybody. Having healing sessions in the morning, some guests visited nearby elementary school and the poverty areas in the afternoon to extend their research to help.