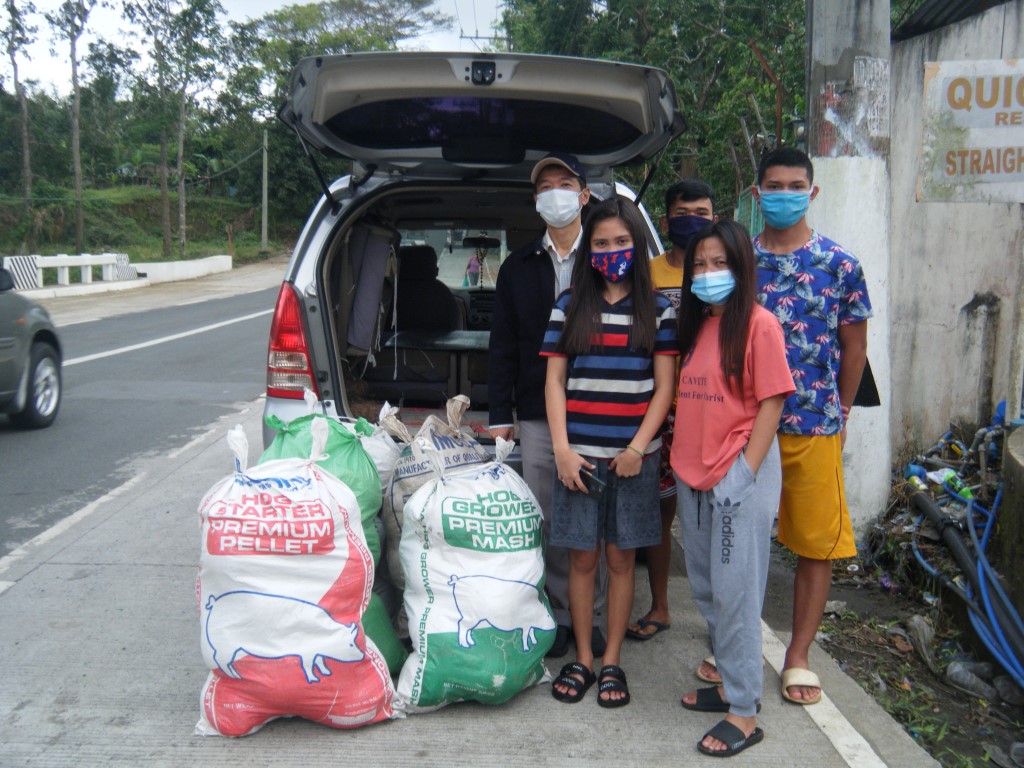 On December 15, 2020, AWH distributed 17 sacks filled with 272 pieces of  brown coconuts and homegrown ube yams to the three nearby indigent camps (Usting 1, 2 and Camp Hope).
The indigent settlers said that they will utilize the coconut milk to make popular Filipino rice desserts and other meals this coming Christmas and New Year season.
They said that the cost of coconut milk increases during the holiday season due to high demand and this provision was highly appreciated.

AWH delivered sacks of brown coconuts and bananas to Usting 1 & 2 in Alfonso.
The indigent residents said they enjoy the tasty coconut milk which is added to their rice and vegetables meals.
AWH harvested another bunch of bananas and decided to share them to the 2 camps.
The children also enjoyed the bread we brought.

Several chunks of logs were picked up by 3 residents from nearby indigent camp who are selling taho (tofu) for their livelihood. The firewood will be used to cook taho as their primary source of income to sustain the needs of their families.

AWH assisted the taho (tofu) vendors in Camp Hope with firewoods.
The pieces of logs they picked up on March 5, 2021 are perfectly dried firewood logs were picked up to cook soybeans for taho making.
It was much appreciated especially during the Covid-10 pandemic. 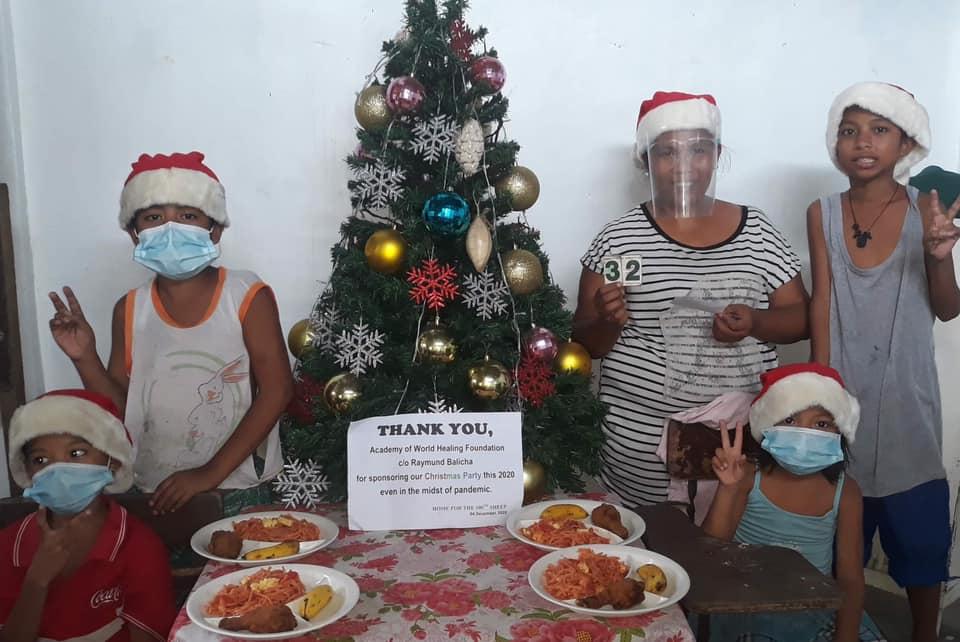 Because of the community quarantine restrictions in pandemic time, AWH funded Home for the 100th Sheep foundation by wire remittance this year.
On December 4, 2020, a Christmas feeding program for its indigent pupils was held in the migrated squatter area. Pasta and fried chicken were cooked by 33 volunteers and the total of 191 children were served.

Kaloi and Edna were very grateful for the continued support of AWH even during the Covid-19 pandemic. 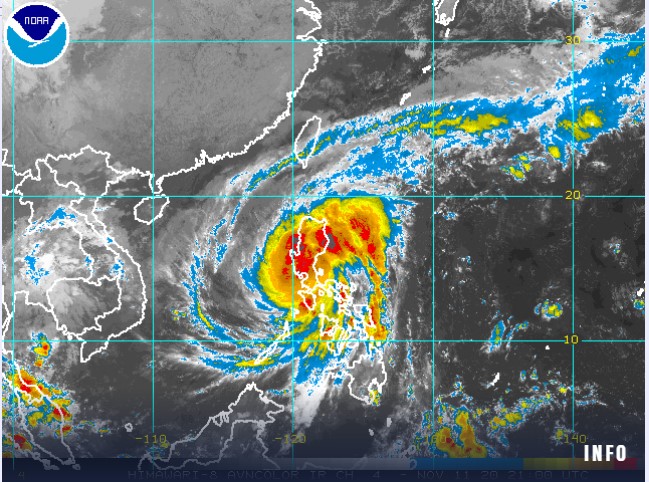 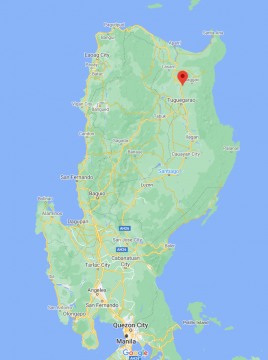 According to the Office of Civil Defense officials, more than 151,600 families, composed of 583,493 individuals, were also affected by Typhoon Ulysses in the Cagayan Valley region, leaving more than 2,200 families in evacuation centers.

The typhoon likewise left millions of damages in the region’s agriculture and infrastructure.

Based on initial reports from the Department of Agriculture, the typhoon left 73.788 million peso damages in the region’s agriculture sector. The Department of Public Works and Highways reported damage of P44.955 million in infrastructure.

In the morning of December 6, 2020, Gina of DSWD (Department of Social Welfare Development) Alfonso picked up P20,000 Cagayan relief fund designated as a part of quarterly donations that have been made by AWH at its headquarters before heading to Cagayan Province in North Luzon.

The fund was planned to provide cash assistance of P500 each to the affected families in Cagayan whose homes were devastated from the recent Typhoon Ulysses causing massive flooding in the province.

The relief mission to Cagayan was organized by the Office of Mayor Randy, DSWD and other private donors from Alfonso.
Among many items for distribution included food and school supplies, hygiene kits, blankets, sleeping mats etc.

The DSWD team went to an impoverished Brgy. Amulong Ligsa Salona in Cagayan wherein 40 families were given P500 cash assistance from AWH.

The Municipality of Alfonso donated 750 bags of rice, assorted canned goods, hygiene kits, 100 pieces of blankets and sleeping mats (banig) to the local government of the Province of Cagayan. 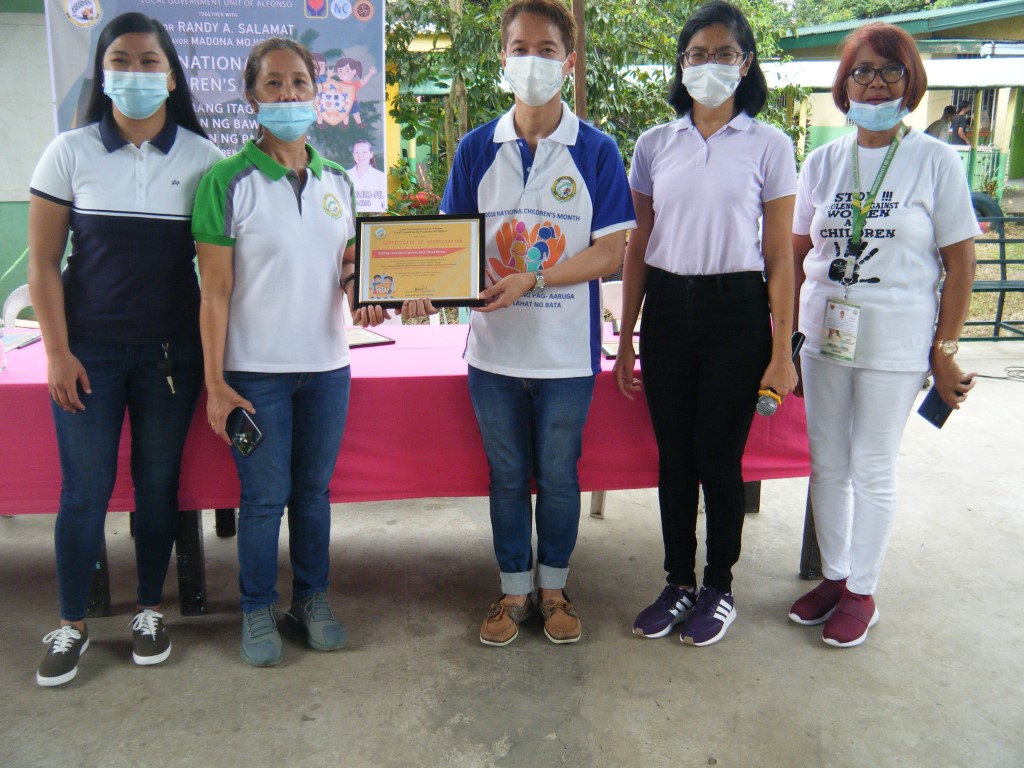 On November 27, 2020, AWH as a member of LCPC (Local Council for Protection of Children) participated in the annual National Children’s Month celebration that was held at Municipality of Alfonso, Cavite under the theme “Let us work together to protect the rights of each child during the Covid-19 pandemic!“.

Mayor Randy graced the occasion and thanked AWH for its financial contributions for the children of Alfonso over the years.

The policemen of Alfonso distributed washable face masks to the children.

Since many of the school children could not physically attend the event in this pandemic time, their parents later picked up the items at the schools.